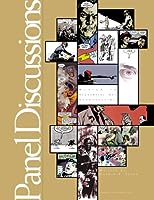 © 2020 Will Eisner: A Spirited Life by Bob Andelman — Powered by WordPress