From the blog of J. Winkel comes this post about Gene Bilbrew, who he says replaced Jules Feiffer in Will Eisner’s studio. I never heard of Bilbrew before, so this was an interesting find… 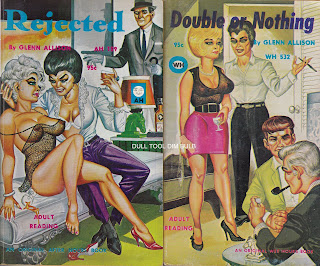 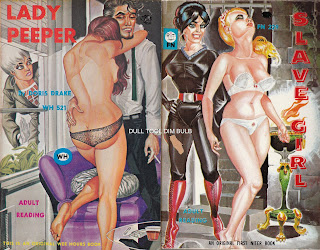 New York City was a good place for an illustrator in the early 1950’s, in particular one with the obvious but quirky talents of Gene Bilbrew. The comic market was exploding…the Kefauver Senate hearings had yet to dent their sales to vulnerable youth, Mad Magazine was getting off the ground and lurid pulp magazines requiring sexual humor were booming. Demand for less than tasteful “adult” humor was in demand. (Remember “cocktail napkins”) In fact, one of Bilbrew’s first jobs as an artist was replacing the recently drafted Jules Feiffer in the studio of noted cartoonist Will Eisner, who not only created the well-known comic strip “The Spirit” but also was one of the founders of the institution now known as the School of Visual Arts.