Truth in the matter of memoir has always seemed evanescent and, more often lately, either elusive or absent. Memories of the self are often in service of other agendas, including the settling of scores and the creation of a hero where a mere man once stood. 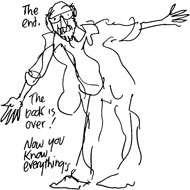 Enlarge This Image
From “Backing Into Forward” 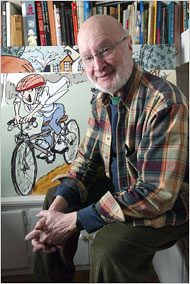 Those questions, and the recent travails of the genre, seem at great remove to the reader of “Backing Into Forward,” by Jules Feiffer. Reading Feiffer, you know where the truth lies because it is there on every page — resonant, self-­lacerating and frequently hilarious. How else to explain Feif­fer’s frank admissions that he could not stand his mother, even dead; that he coveted the success of peers; that he reflexively courted fame and the famous; and that the mysterious Woody Allen was not really so mysterious to him?