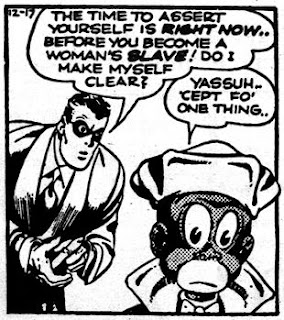 “It’s about time I wrote something new about comics. I get to swear and mess around more when I write about comics then when I write about movies and, hey, swearing’s always fun. Firstly, an apology in advance: I didn’t intend for Captain America to dominate the top 5 like he has, but there was no way around it. Cap’s had a shitton of sidekicks and the three I picked for this list just so happen to be three of the best sidekicks in comics. Blame Marvel for writing such good characters. Secondly, this blog’s been getting a lot of new readers, so hello to them and thanks for stopping by. Thirdly, I know the sidekick at number seven doesn’t have his origin in comics, but it’s my list so there. Anyway, let’s take a looksee at the top ten superhero sidekicks! Onward!”