Will Eisner: A Dreamer’s Life in Comics by Michael Schumacher 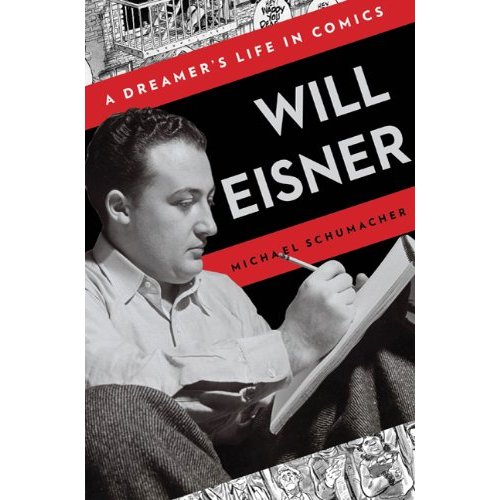 Not the first biography of the American Master, Will Eisner, but I look forward to reading it anyway!

In Will Eisner: A Dreamer’s Life in Comics, Michael Schumacher delves beneath Eisner’s public persona to draw connections between his life and his art. Eisner’s career spanned a remarkable eight decades, from his scrappy survival at the dawn of comics’ Golden Age in the late 1930s to the beginning of the twenty-first century, when Pulitzers began going to graphic novels (a term Eisner is widely credited with creating). Schumacher’s extensive research and interviews with Eisner’s family, friends, and colleagues, as well as other comics creators who have built upon his work, create a detailed portrait of Eisner the man and Eisner the artist.

Michael Schumacher is the author of ten books, including Family Business, Francis Ford Coppola, There but for Fortune, Crossroads, Dharma Lion, Mr. Basketball, and, most recently, The Wreck of the Carl D.