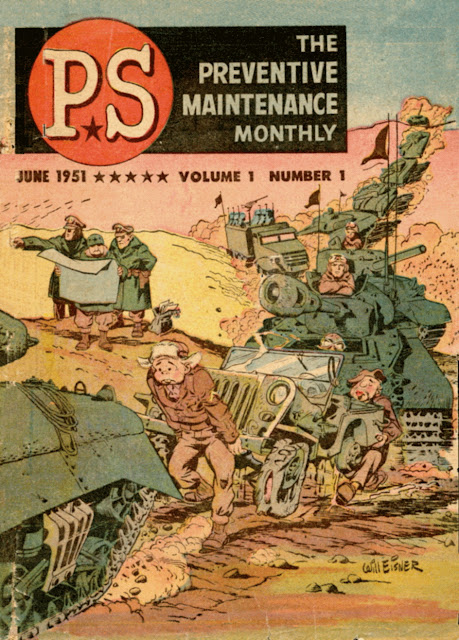 Today’s posting on our blogged year-long, ongoing salute to the U.S. Army’s “PS Magazine” during its Sixtieth Anniversary Year features Will Eisner’s  Front Cover, Mini-Poster, and complete Continuity for the famous publication’s first issue. That includes a (then) touchy visual insinuation of General of the Armies Douglas MacArthur.

The art is accompanied by a capsule commentary summarizing the Korean War situation of the moment, the relationship of the magazine to those concerns, along with production challenges of the first six issues.

¶ The Roster of Artists—60 Years of Dedicated Talent

¶ The One Piece of Art that Delivers the Essence of “PS”