The Essence of "PS" in One Cover

In the sixth posting to our ongoing, year-long blog salute to the U.S. Army’s acclaimed “PS Magazine” during its Sixtieth Anniversary Year, I endeavor to tell you why, from the 703 issues of “PS” and thousands upon thousands of drawings that will have been released by the time this June rolls around, I see the Front Cover of “PS” 29 (November 1955) as best presenting the essence of the magazine”s success story.

And the drawing is so good, yes—you can almost smell the lightning. 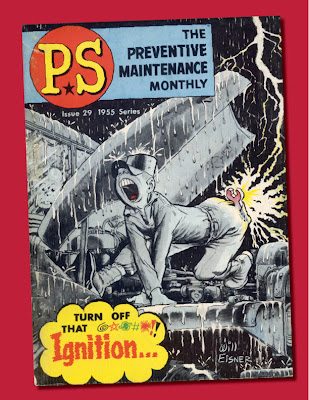