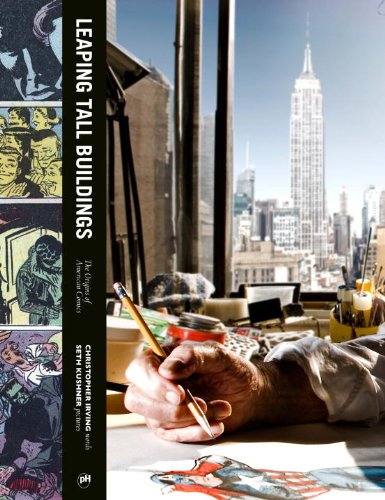 [amazon_link id=”1576875911″ target=”_blank” container=”” container_class=”” ][/amazon_link]Superheroes might hog the spotlight in comic books, but new photobook Leaping Tall Buildings: The Origins of American Comics gives the writers and artists who create them a chance to shine.

“Too many comics history books and magazines have been geared too much for the established fan, so we made sure Leaping Tall Buildings was also aimed at that person who just came back from seeing the new Spider-Man or Dark Knight movie and wanted to learn more about the actual folks behind the books,” said Irving, editor of digicomics magazine The Drawn Word. “For the long-time fan, though, there’s more than enough to make it a must-have next to their copies of Men of Tomorrow and Great Comic Book Heroes.”