‘The Property’: Graphic in gray areas The Property by Rutu Modan 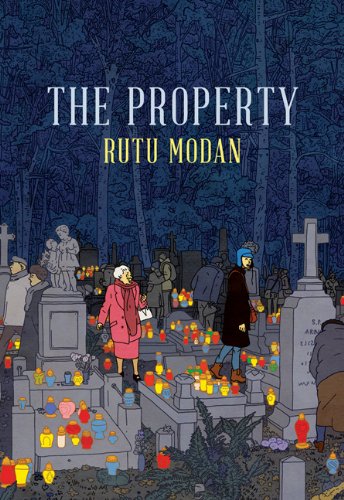 Order ‘The Property’ By Rutu Modan, available from Amazon.com by clicking on the book cover above!

Rutu Modan’s recently released graphic novel, “The Property,” is the latest in a long line of works using the medium to express the Jewish experience.

In 1978, Will Eisner began popularizing the long-form comics format with Lower East Side Jewish tales in “A Contract With God.” By 1986, Art Spiegelman legitimized the genre with his Pulitzer Prize winning Holocaust account “Maus,” paving the way for more Jewish book-length comics, such as Joann Sfar’s “The Rabbi’s Cat” (2007).

And yet, unlike its predecessors, “The Property” uses its Jewish themes almost as a prop, an engine humming in the background intended to propel the complex, sometimes dysfunctional dynamics between her characters.