The Spirit at 75, part 2 COMICMIX.com

In last week’s column I started to explore some of the history and issues of managing a brand in its 75th year. As I mentioned, I have had the privilege of managing several brands with long histories, most notably Oreo. I know how tough it can be to keep a brand respectful to its roots, yet relevant for today’s pa 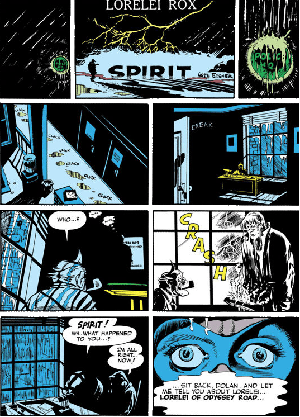 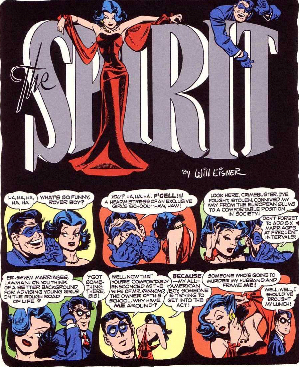 This week the San Diego Comic-Con will be celebrating the 75th anniversary of Will Eisner’s The Spirit, so I was eager to speak with The Will Eisner Foundation’s Carl and Nancy Gropper. And it made sense because they also live the same town as I do – and we have a fantastic local restaurant for breakfast meetings. And I love breakfast.

I was curious how the Groppers got involved with the foundation, and Carl explained that Will Eisner was his uncle. Growing up, Carl lived in New York City and Eisner lived in White Plains. On weekends, Carl and his brother would visit their uncle in “the country” and sleep over on a pullout couch. Initially, he had no idea who The Spirit was, but he and his brother would stay up late discovering a curious treasure: hardbound collections of the actual Spirit newspaper stories. This was in the fifties, after The Spirit’s weekly adventures had ended.

They both were enthralled with their uncle’s adventures of The Spirit. But they felt like they were the only two Spirit fans in a world that had forgotten the hero.

“Who else knew about the Spirit?” Carl said. “Our friends didn’t. It was ancient history. We were 5, 10 or whatever. There were no <reprinted> collections in those days. We might be reading comics, but they were Superman and Batman.” Nancy agreed and added that she was a fan of Archie and Veronica at that time.

Carl explained further that during this period, Eisner was focused on “running the business”, meaning his studio, PS Magazine and the booklets he’d regularly create for Fortune 500 companies. “He was a businessman. Man, was he a businessman!” said Carl.