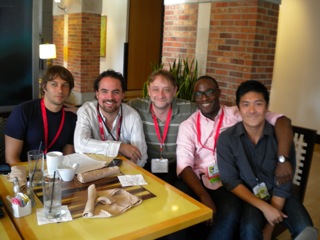 WSJ: What’s the status on the anthology film adaptation of Will Eisner’s graphic novel, “A Contract With God”? At Comic Con, it was announced that you would direct a segment of it.

Sean Baker: I’m really looking forward to that. I don’t know where they are with the funding right now, but hopefully they’ll have it sooner rather than later. I’m adapting the fourth story, “Cookalein,” which is sort of weird because it’s the one that takes place at a summer retreat rather than in the city. But we weren’t really given an option.

Were you a fan of the book?

Quite honestly, I didn’t know about it. I knew about Will Eisner’s other stuff, but it’s totally [“Prince” producer] Darren Dean’s project. I’ve yet to figure out how we’re really going to approach it.