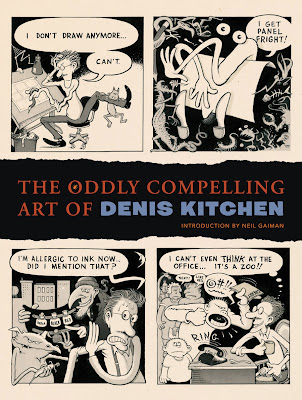 Everything I’ve ever learned about the man—both before we met and became friends in 2002 or since—has always been compelling.

This is a rare creative animal who has thrived in roles both creative and corporate, even if he met the latter challenge kicking and screaming all the way home each day.

Kitchen—and his company, Kitchen Sink Press—were present at the birth of the underground comix movement in the 1960s and ‘70s. He is responsibly for boosting the careers of talents as extremely different as Robert Crumb and Will Eisner—and everyone in-between. 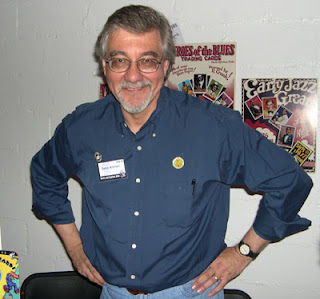 Over the last year, Kitchen has been more productive than he has been in decades, co-authoring a retrospective of Harvey Kurtzman, the first editor of Mad magazine, called The Art of Harvey Kurtzman: The Mad Genius of Comics, with Paul Buhle; a history of underground comix called Underground Classics: The Transformation of Comics into Comix, with James Danky; and producing a look back at his own career, The Oddly Compelling Art of Denis Kitchen, with text by Charles Brownstein.

And just yesterday, I saw a press release for an even newer collection of his work, Denis Kitchen’s Chipboard Sketchbook.

DENIS KITCHEN AUDIO EXCERPT: “I was a card-carrying hippie back in the day. The psychedelic experience, for me, was good. I wouldn’t recommend it for everyone. It’s one way of generating ideas. More significantly it’s a way of generating insights, either internally or about the universe. These are all aids. Where we get ideas from is very mysterious. So my feeling is, anything that helps the creative process–not a bad thing.”

Bob Andelman is the author or co-author of 10 books, including ‘The Profiler’ with Pat Brown, ‘Built From Scratch’ with the founders of The Home Depot, and ‘Will Eisner: A Spirited Life.’ • Follow Bob on Twitter or Facebook.