A funny thing happened on the way to pulling the trigger on this seventh blogpost for our ongoing, year-long salute to “PS Magazine” in its Sixtieth Anniversary Year. In a period of three days (and right on deadline, of course), the number of persons identified as “PS” art contractors and their personnel grew from 33 to 55 to 105!

¶ The Magic of “Eisenshpritz” in “PS” 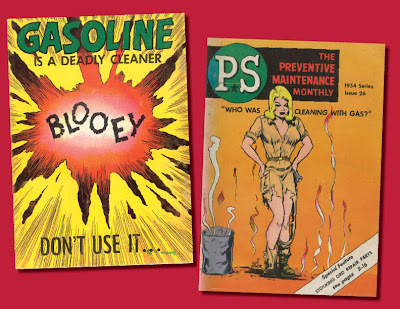