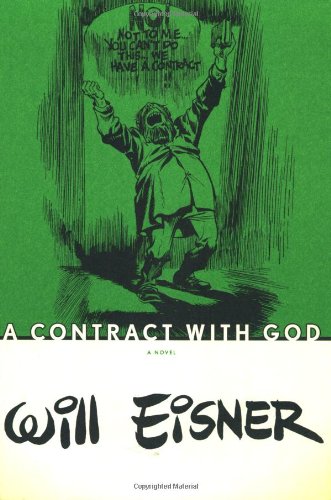 On the feature film front, Barry Jenkins is one of 4 filmmakers attached to an adaptation of the graphic novel, A Contract With God And Other Tenement Stories, published in 1978 by the late cartoonist, Will Eisner – each directing one of the four short stories the book tells: A Contract With God, The Super, The Street Singer, and Cookalein.

All 4 stories, said to be semi-autobiographical, are mostly set in a Bronx tenement in the 1930s, and are centered on common themes of first-generation immigrant experiences, across different cultures.

Barry is tackling The Super.

This was a project initially announced in 2010, and my last update on it was last summer, when it was announced that the film was still very much in play, and that they were closer than ever to getting it launched, after what had been a tumultuous year.

A Contract With God, Will Eisner