The Will to Live (The Chiseler) 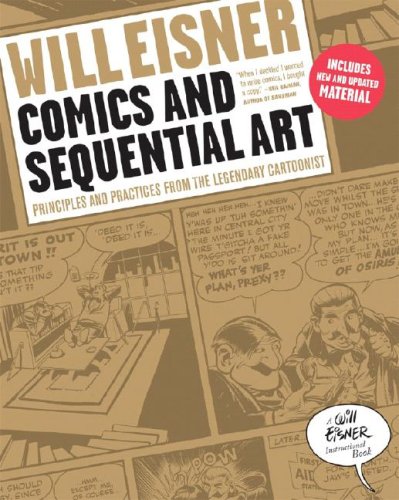 I first believed in god at age nine.

I first believed in Will Eisner at age seven.

God left at age 18. I bought my most recent Eisner collection (Hawks of the Sea – his first comic strip) last year.

I know I was seven because when I rifle through the black and white reprints of The Spirit from 1946 I recognize many of the stories. In some cases, I can still recall the color.

The Spirit ran weekly as an eight-page tabloid insert in the Sunday comics. There was nothing else like it: A complete noir story every week, beginning, middle and end. The Sunday comics were the highpoint of my week, and The Spirit was the highest.

Besides his longevity (Eisner died in 2005 at the age of 87), there are any number of reasons to see Eisner as the most influential comics artist of all time. His studio hired and encouraged such graphic stars as Jules Feiffer (whether you like Feiffer or not – I don’t), Wally Wood (I do) and various Marvel stalwarts.

His treatise on Comics and Sequential Art, so far as I know, is still the standard handbook and how-to. His interviews, comments and reprints flowed uninterrupted throughout his lifetime. He invigorated, expanded and legitimized the graphic novel in the 1970s. For biography and background, you can find 20 sites on the Internet that can fill the bill.