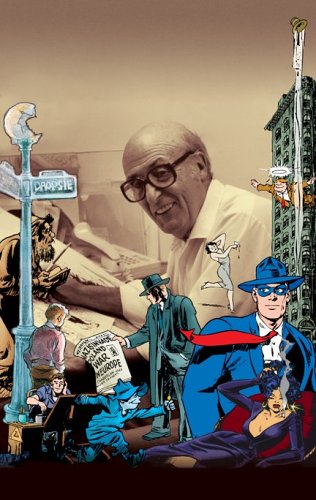 Order ‘The Will Eisner Companion’ by N.C. Christopher Couch, available from Amazon.com by clicking on the book cover above!

[amazon_link id=”1401204236″ target=”_blank” container=”” container_class=”” ][/amazon_link]
Paul E. Fitzgerald, author of the 2010 Eisner Award nominee Will Eisner and PS Magazine and a frequent contributor to this blog, was toasted on March 28, 2013 by a group of Washington, D.C,-area media, public relations and government communications friends at a luncheon at the National Press Club.

Known to its members as “The Hole-in-the-Head Gang,” the group has been meeting at the NPC for more than 20 years. Founding members, in addition to Fitzgerald, attending were Mike Causey and Arthur Carter, Jr. Causey, a longtime former Washington Post columnist who currently is Senior Correspondent for the WTOP radio/online news operation in Washington. Carter is the former DEA Special Agent and official who was responsible for the concept development program that led to the U.S. Drug Enforcement Administration Museum. Fitzgerald retired from DEA as Chief of Communications Services.

Joining them was N. C. Christopher Couch, co-author with Stephen Weiner, of The Will Eisner Companion (2004). Couch presented a paper the next day at a meeting of the Popular Culture Association at the Library of Congress.